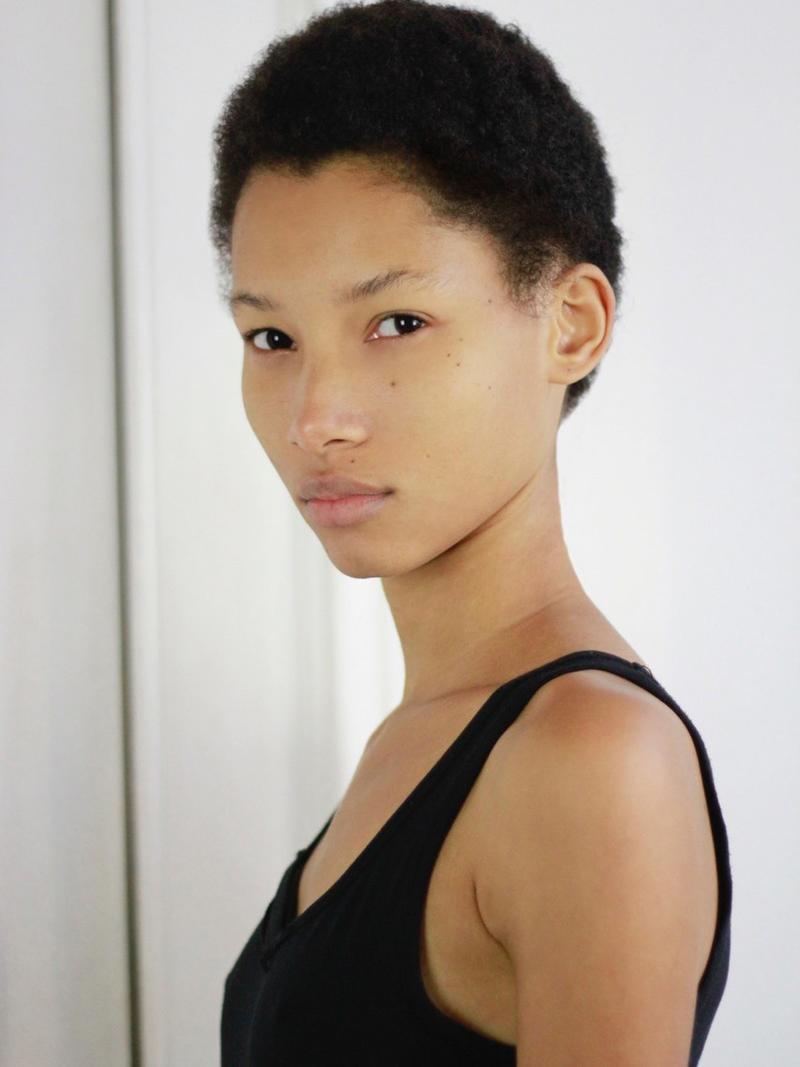 I almost didn’t tell you something about my short curly hair: I was scared and almost embarrssed to show it.

There I said it.

I have been so used to wearing my hair relaxed (chemically straightened) that I thought no one would want to see the real me which right now is short and curly.   For my entire adult life my hair was chemically straightened and wearing it that way became part my drug of choice, part my identity in the fashion space.  I started blogging in 2009 and from that point on I was that fedora wearing long hair black girl.  However, over the years the hat/long hair combo became a crutch that I hid behind because I wanted to change my hair but didn’t know how.  It goes deeper than that I think so let me explain.

I have cut my hair short twice in my life.  The first time was when in I lived in London and it followed a boyfriend break up and I cut off all my hair (a ritual some women can relate to).  My Mum took one look at me and said: “Don’t do it again, your hair is your beauty.”  I understand where she comes from because her generation associates beauty and long hair as one and the same: in ‘having good hair’  or ‘that hair that grows.’   My Mum is dark skinned and I remember her telling me that as a little girl, all the boys in her school would only chase the light skinned girls with long hair.  Her peers attested to this.

Fast forward to 2017 and there has been a shift in that hair perception amongst black women.  Many have stopped relaxing their hair and wear it natural instead.  There are more articles on the subject too since we’re all noticing the shift.  I have no idea where exactly this change came from (do you?) but it’s one of the biggest topics that many women are discussing when they get together.

Back to my opening sentence.  I know that my fear was based on wondering if my brand was tied up in that long relaxed hair and by me going back to natural, would that mean most wouldn’t be inspired by me anymore?  Also what products would I use?  In an industry which celebrates long hair as #hairgoals, switch on your TV and watch the next hair commercial,  it made me pause on returning to the creamy crack (relaxer) or going back to the hair texture that I was born with.

I paused for months.

But now there are many role models both in real life and in the aspirational.  Successful models like Lineisy Montero and actresses like Lupita Nygono  (a Lancome ambassador) are visual ques of this shift in sporting natural hair.  Plus my Instagram feed is expanding with natural hair fashion forward beauties and editorials.  Will this spark a new more inclusionary definition of what constitutes as beautiful or “good hair” and finally end what my Mother went through as a child?  Or is this a phase that will rotate back to the straight hair flipping commercials?

Time will tell but I’m not embarrassed anymore.