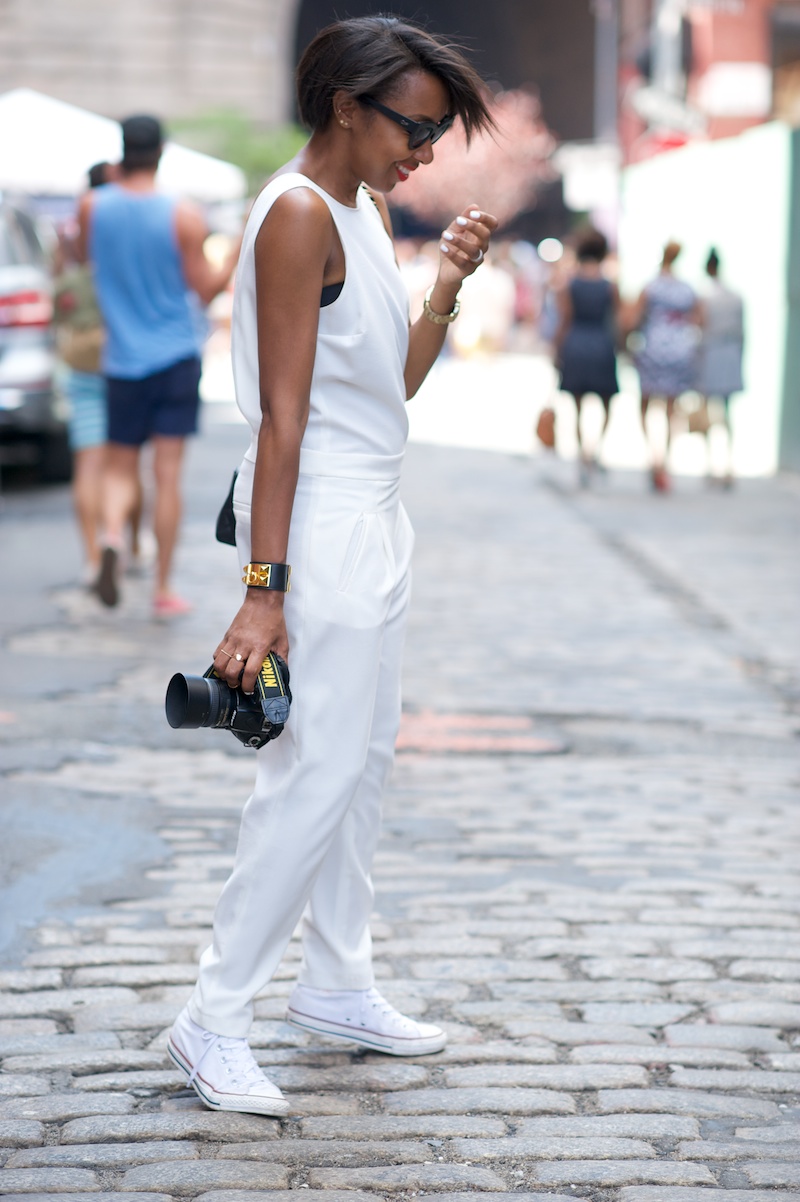 I was a correspondent last week Sunday for the first Essence Street Style Awards in Dumbo Brooklyn. 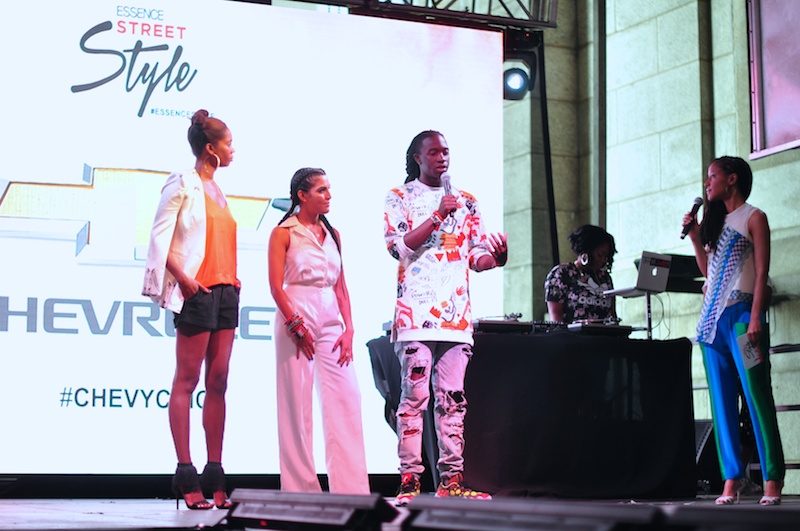 The event kicked off with a block party featuring three fashion designers; Kimberly Goldson, Melody Ehsani and Ron Bass who were picked to wrap a Chevrolet Cruze in their own aesthetic.  I mentioned designer Ron Bass in this earlier post. 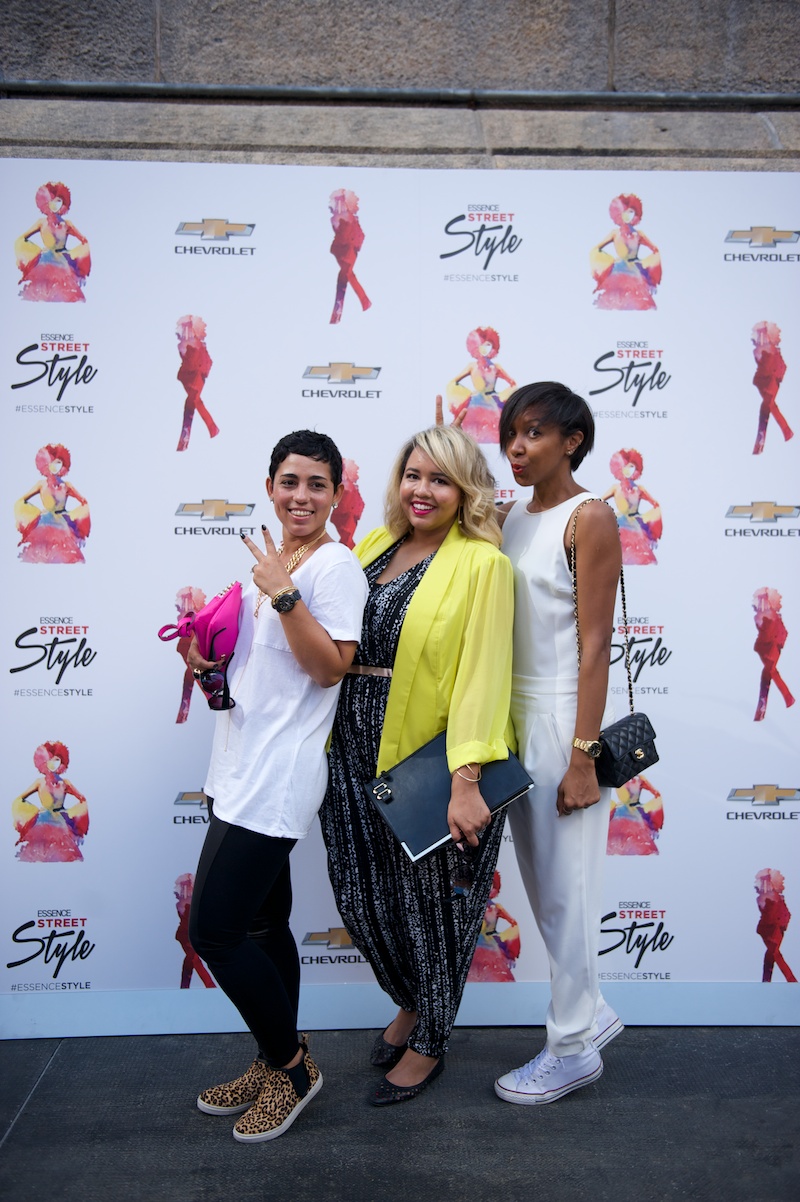 Mimi Goodwin, Gabi Gregg and I were the three chosen to help cover the two part event. 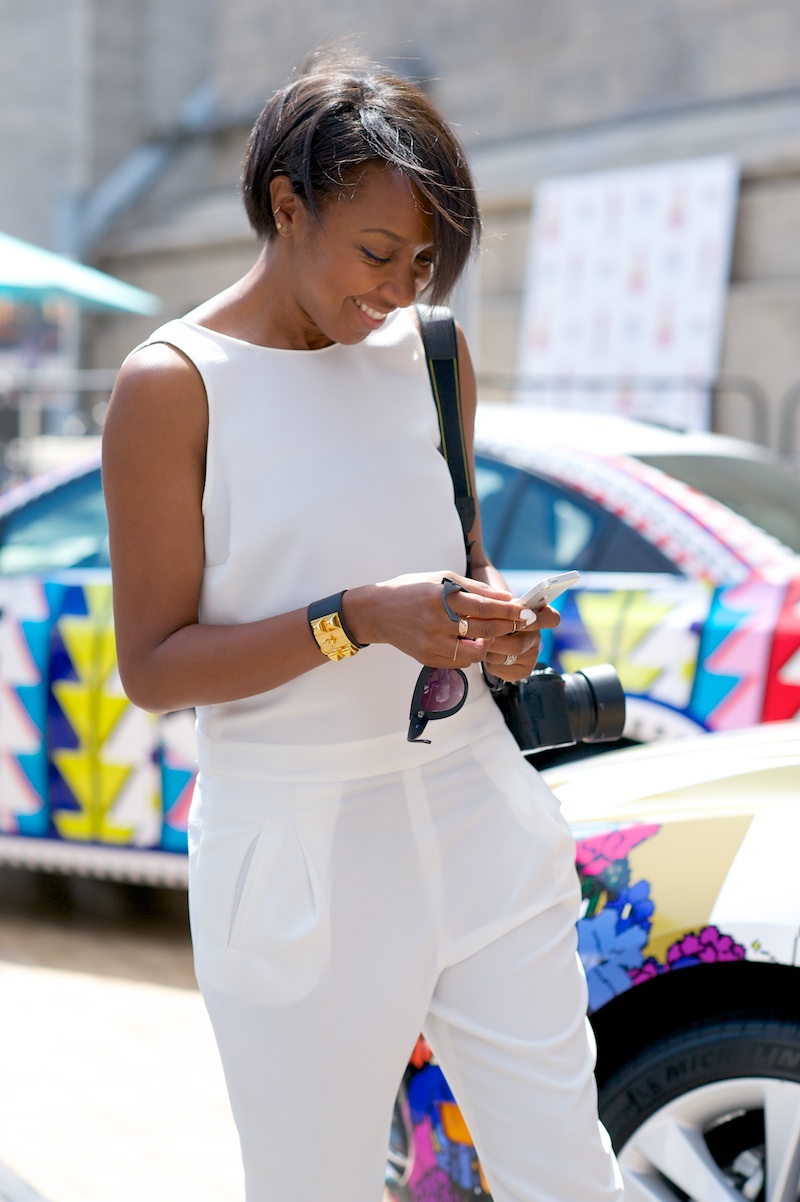 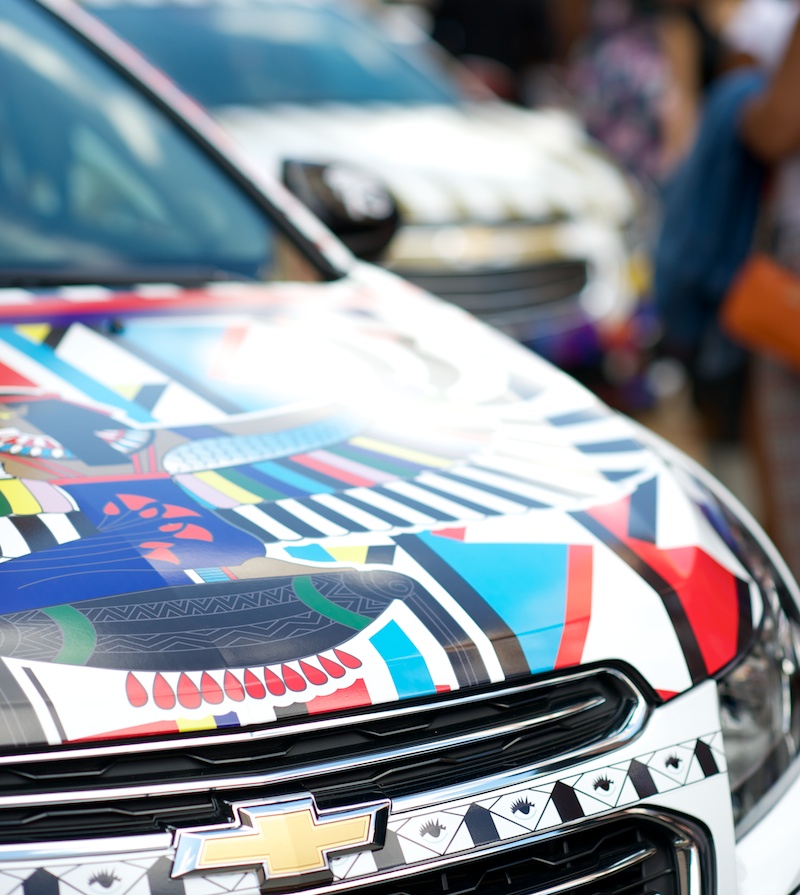 One of the three Chevys custom wrapped. 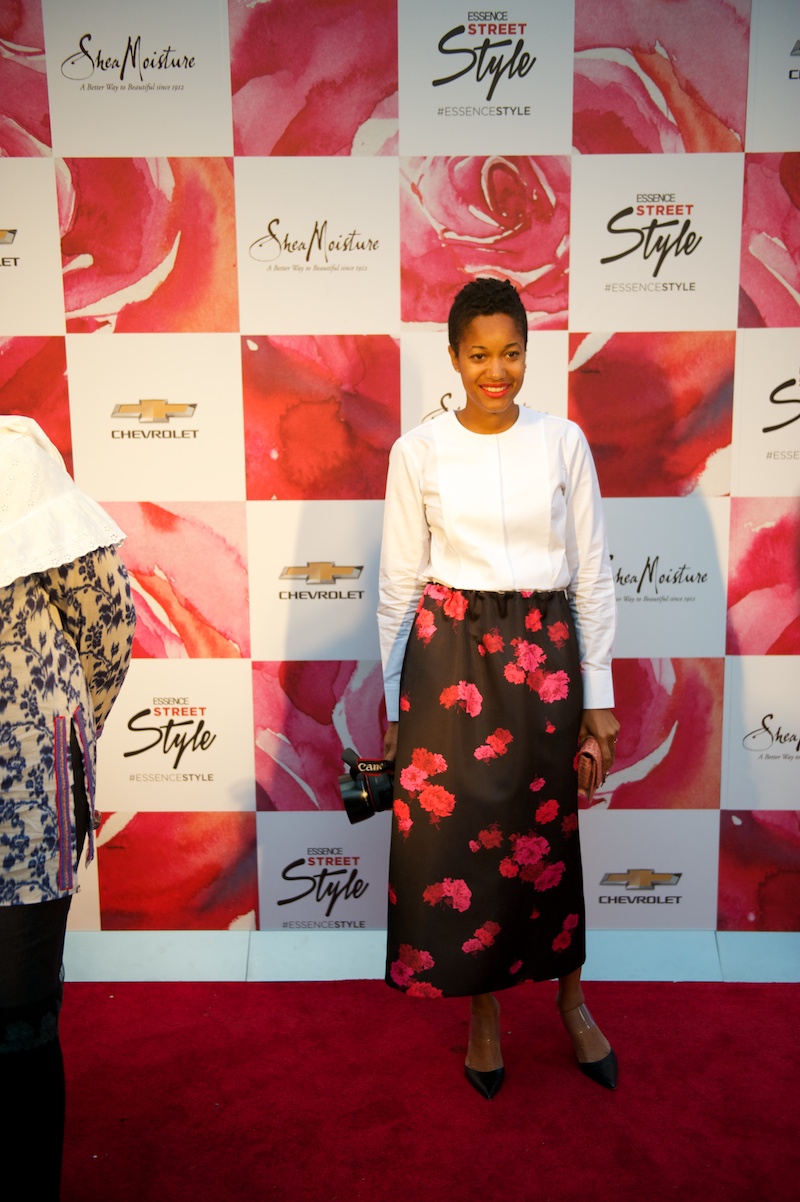 The Essence Street Style Awards began in the early evening with a red carpet followed by dinner.
The honorees were Tracee Ellis Ross, Tamu MacPherson (shown above) June Ambrose and Azede Jean-Pierre. 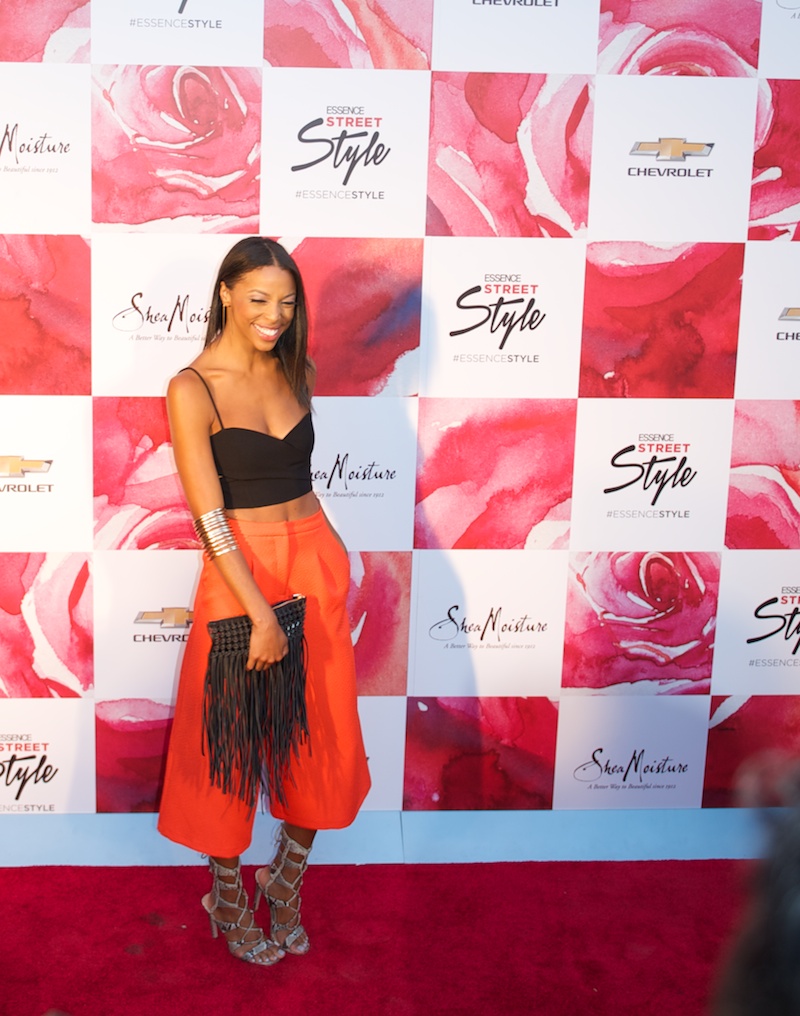 Janelle was the winner of the Chevrolet Street Style Maven award.  Isn’t she gorge? Her bustier and culottes are from Topshop, the clutch and shoes  are by Vince Camuto (I had to ask). 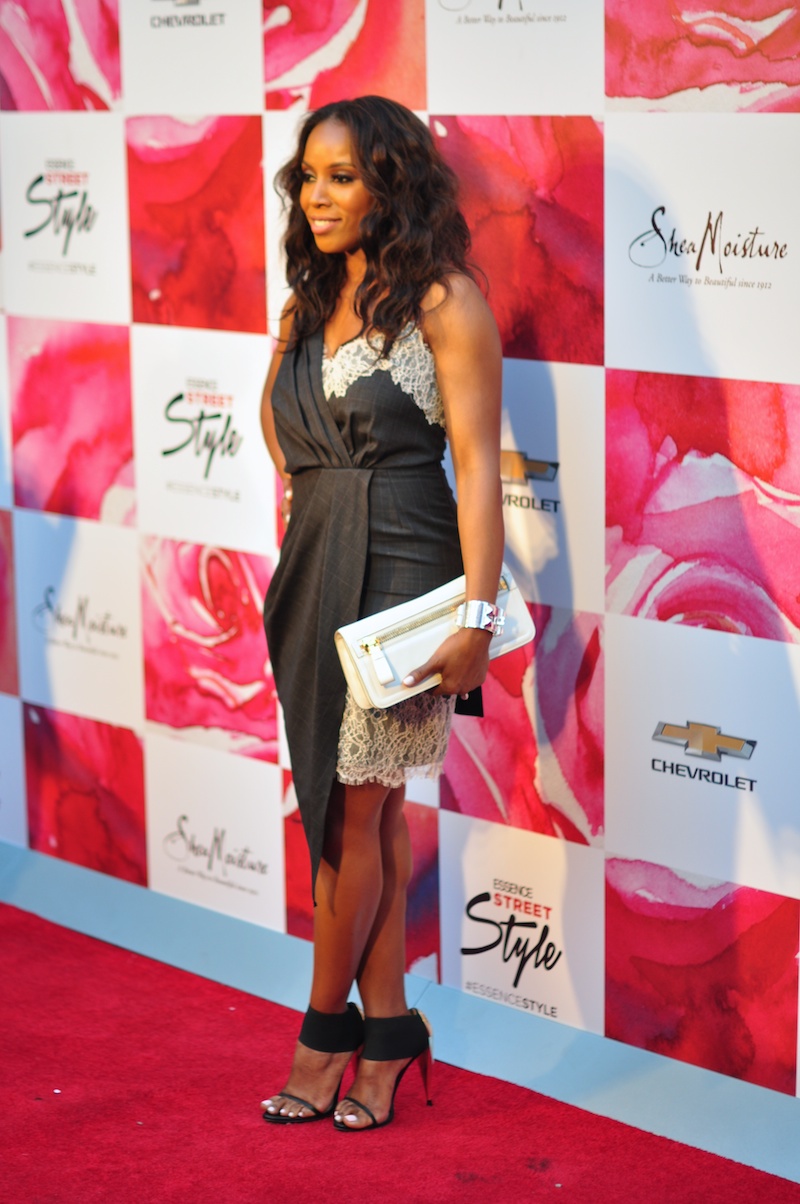 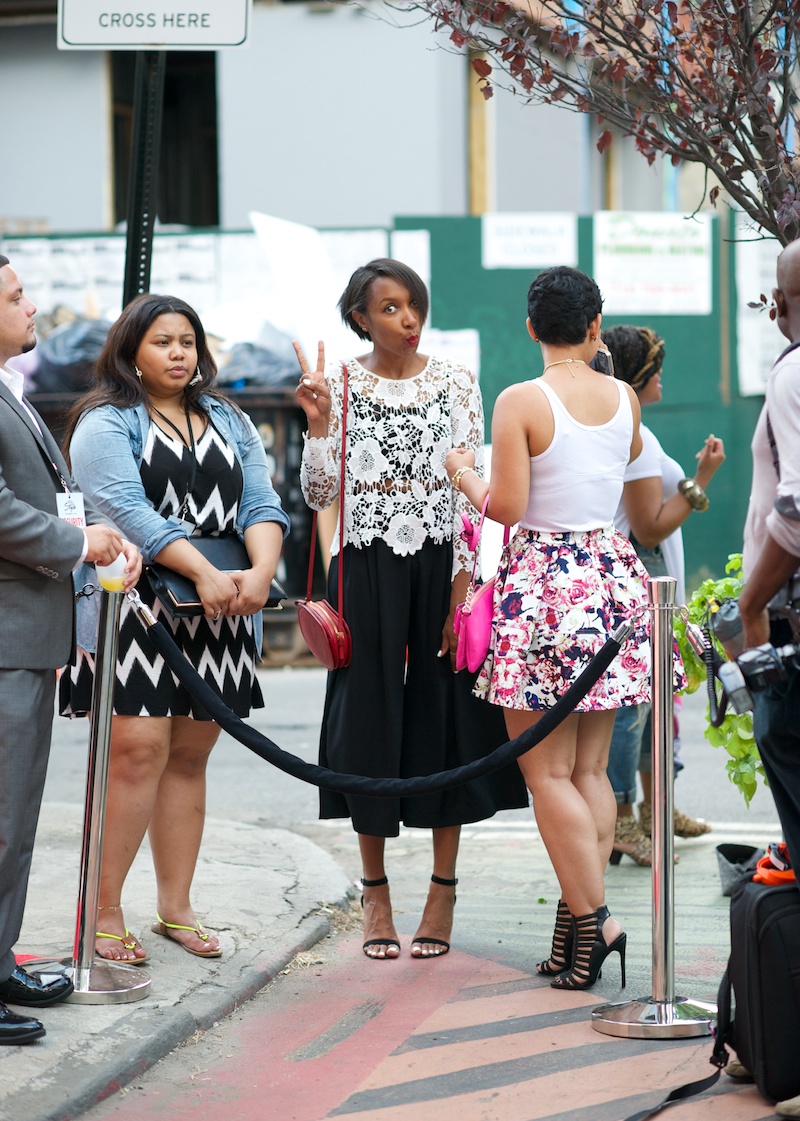 Waiting to walk the red carpet (yes I got changed). 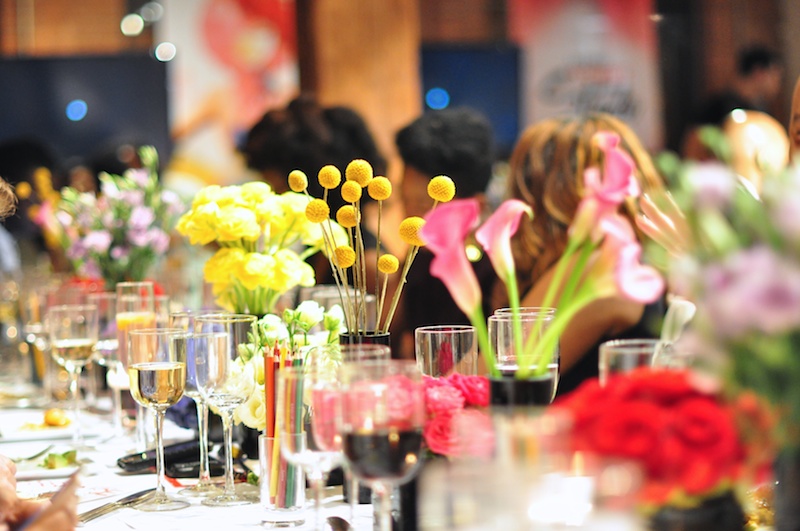 The day ended with cocktails and a sit down dinner for the awards ceremony.
It was a brilliant day for photography so I was well in my element.  Congrats to the three designers and the Essence Street Style honorees.