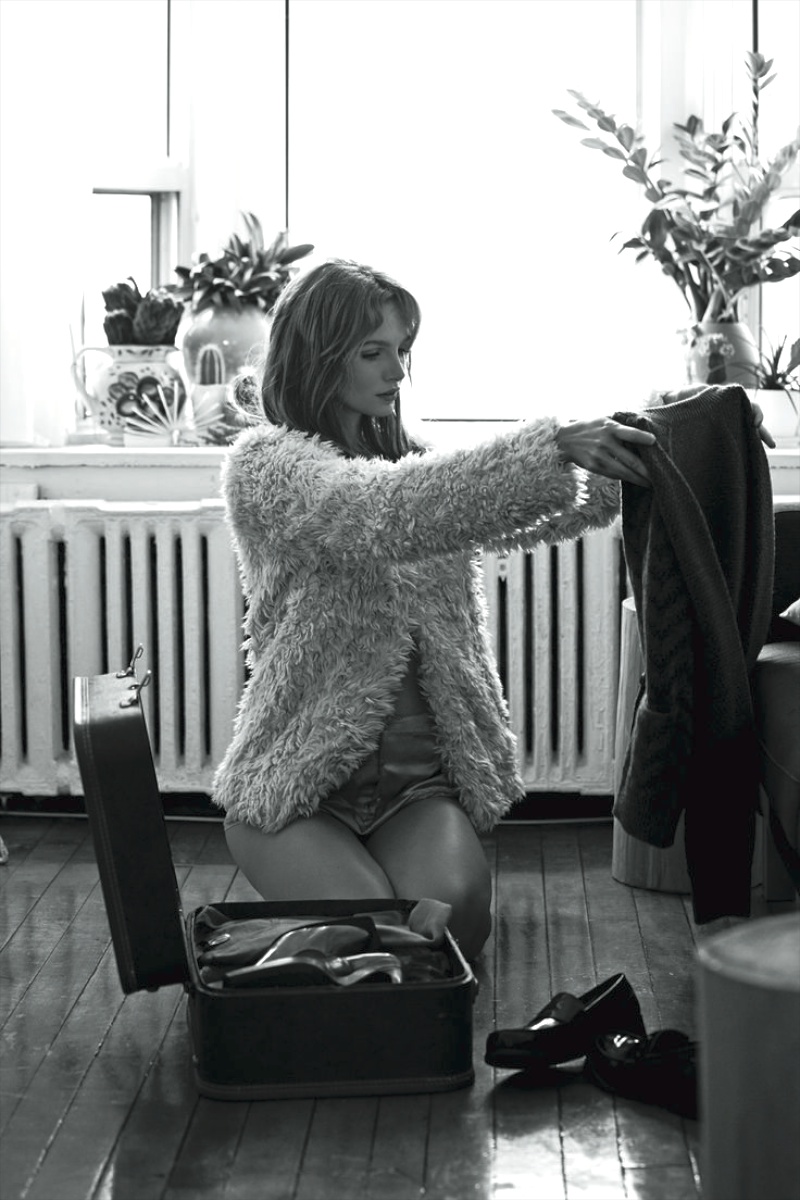 Photo: Flare Magazine
Today marks the 3rd year anniversary that I got laid off from my day job, a day that pushed me into blogging full time.
Instead of marking that day by re-hashing it, I am instead answering the question that I get asked either in person or via emails by readers: how/why I moved from London to New York – so here it is:
The why:

The reason I moved to New York was because of Michael – my now husband. He was my boyfriend at the time.


How I did it:
I have something to tell you guys that I haven’t said before in public: From a girl (around fourteen?) I always knew that I would end up living in New York. Not ‘somewhere in America’ but New York specifically. Don’t ask me how I knew it but it was an unexplainable feeling. When asked back then by school friends what I wanted to do ‘when I grow up’ I remember telling them that I wasn’t sure but I knew to myself that I would not be in London. I had no idea how it would happen or even why. I just knew that it would. I remember sitting at the kitchen table at my old home in East London and I told Mum. She said: “oh really? ok, that’s nice.” I don’t think that she believed me.
Fast forward years later and I meet Michael (how we met will be reserved for another post). So I would fly to New York and line up loads of job interviews. Usually, I’d get to second and third stage interviews at a company but I was never hired because I didn’t have a work visa which costs time and money. Why hire me when they can hire a local? After three months I would fly back to London and line up more New York job interviews then book another flight and repeat this cycle. When in New York all I knew was Michael. I didn’t have any friends that I made myself. With not much money I would take rides into Manhattan (I live in Queens) and check out random no name boutiques and shops. Read my About Me page for the fuller story.
I flew on the cheapest flights possible (thanks Air India) from London to New York for job interviews for almost one year solid.
At one point I was even called into ‘the room’ by a New York customs officer at JFK airport because of how much back and forth I was doing: “Do you know why we’ve pulled you in here?” he said. “No” I replied thinking; so this is what a customs room looks like, expecting to see chickens flying over people’s heads. He continued: “It’s because we see that you keep flying in and out of New York and it’s a pattern that suggests that you want to stay here.” I told him that I didn’t (lie) but that I had a boyfriend I visited. He warned me to consider lessening my trips into the country.

On one of the following New York interview trips where I was now desperate to get something, Michael’s friend’s husband was looking for an executive/personal assistant. Over dinner, the four of us met and the next day the husband Gary – the Chief Operating Officer of a company – said he wanted to hire me. I couldn’t believe it. I packed up my things in London and told Mum and friends. I was expecting Mum to explode but instead, she said casually: “oh really? well, you always said that you would.” I never forgot my friend Diane in London: “What’s the worst that could happen? if it doesn’t work out, just come back.” I thought to myself: she’s right. So I left.
I initially worked under a student visa at the Manhattan printing firm. Then I switched to an H1B working visa which is what I really wanted because it lasted for years. All of this took a ton of paperwork and fees and required me flying back to the US embassy in London to have it renewed when it came close to expiring. A lot of people prefer to get in via a J1 Advisory Opinion visa, but I wanted the flexibility of the H1B. And as for the hassle? I didn’t care, I was in New York. It was just what I had wanted and without doing the quick route: “Why don’t you just get married?”
Did I like the job? No but it was a way to be in New York and earn money. Now that I have been blogging for a while now, the idea of earning money isn’t as tough as I initially thought. Even by simply looking into how does affiliate marketing work, you’ll get a better understanding of how bloggers and various of influencers find alternative ways of earning a bit of extra cash.
During all of those years at this company, my dress sense stood out like a sore thumb. It was different to everyone. I learned from my one semi-close work colleague that I was the butt of co-workers jokes and was being called ‘the spice girl’ behind my back. I took it as a compliment.
Eventually Michael and I got married – read the announcement (here), right before the company started laying off it’s workers. By then my hobby had started a couple of years before. My hobby was this blog.
You can read (here) for the rest of this story but I wanted to share with you the why and the how I finally moved from London to New York in the first place.