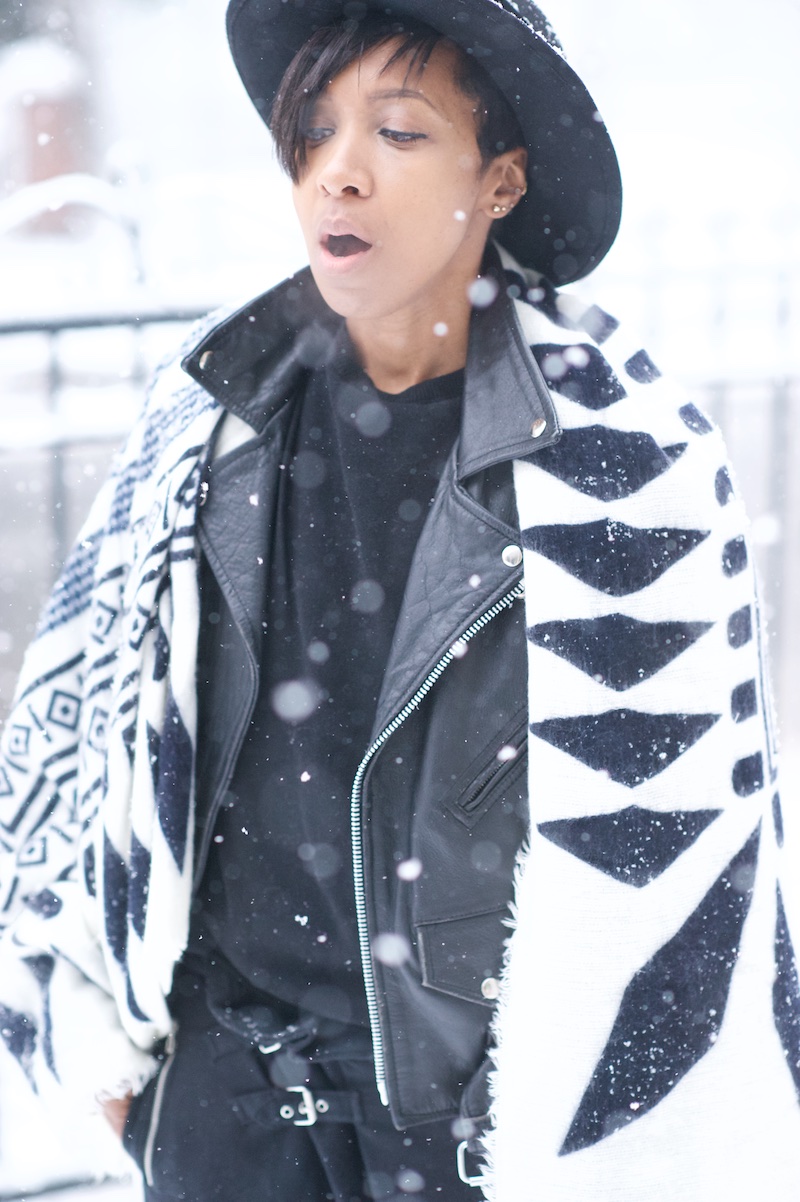 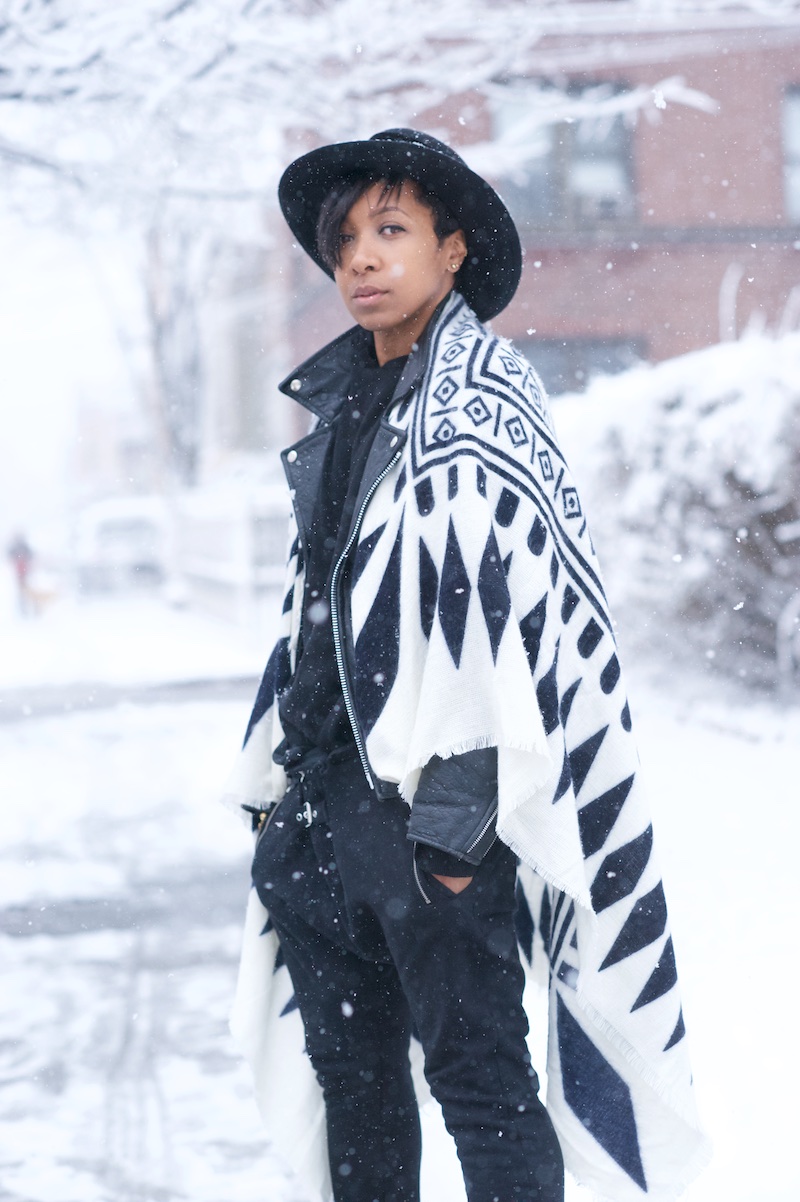 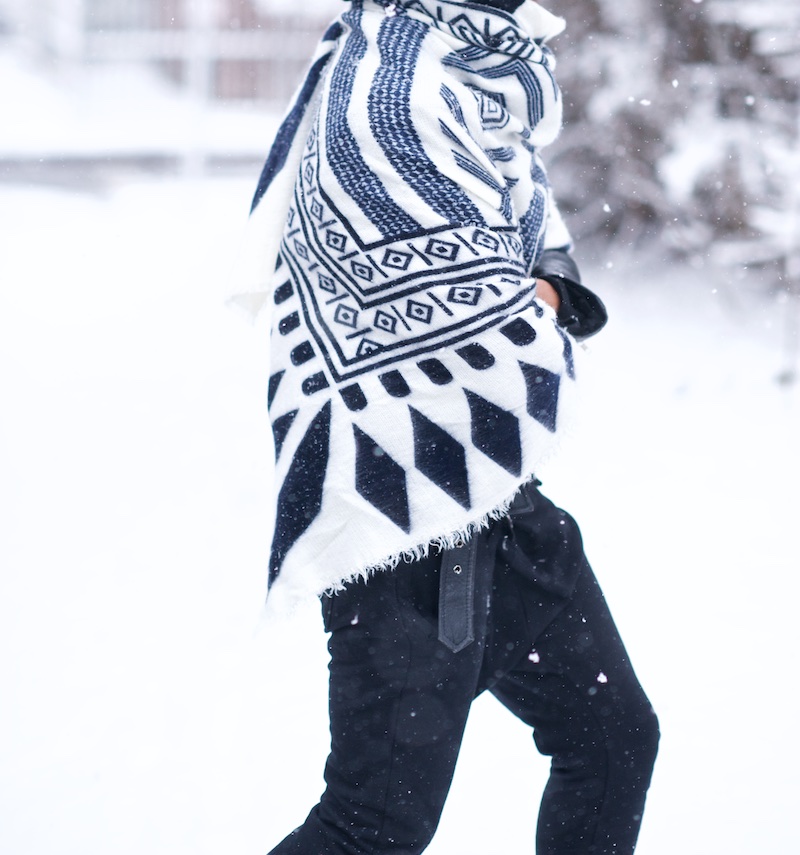 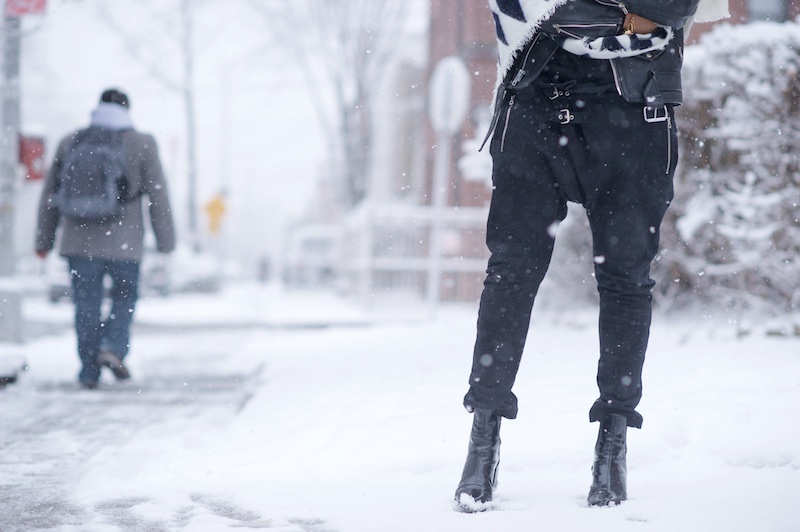 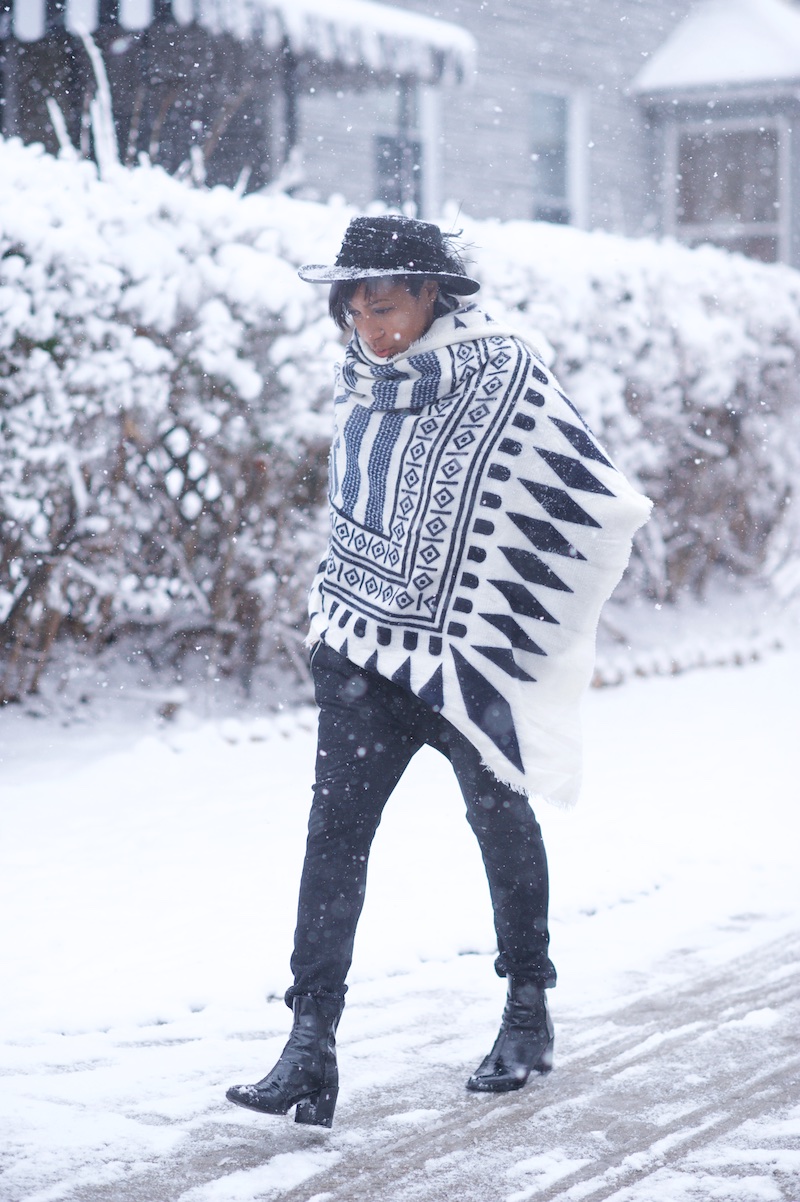 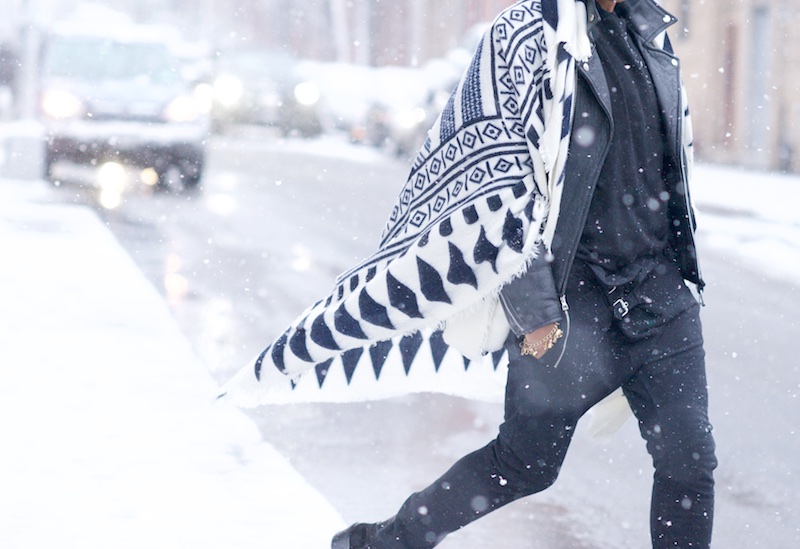 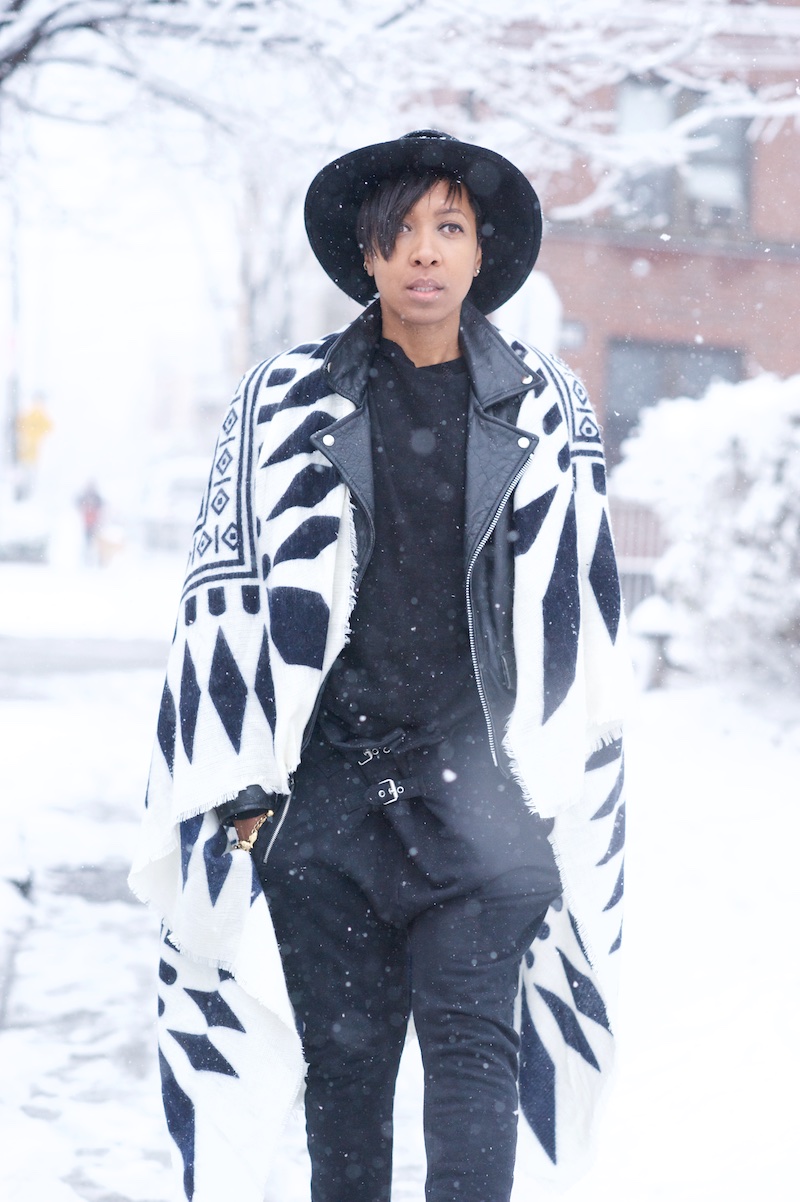 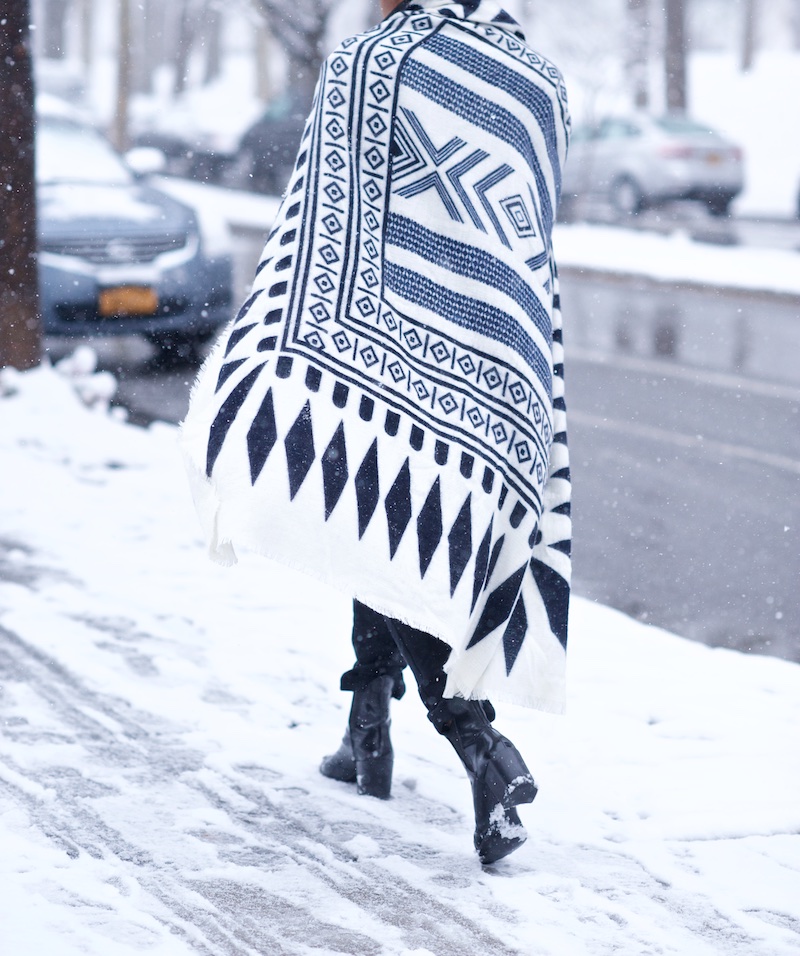 Leather jacket: Vintage (borrowed from Michael).  Harem pants: Mens Zara.  V-neck jumper (worn back to front): Mens Joe Fresh. Boots: Zara (old).  Hat: Church second hand shop. Scarf: Choies
I never thought that my post for the next day of Spring would look like this.  Seeing my own breath when talking (pic 1) and getting to run errands in a snow globe one more time is alright actually because I reckon it’ll be gone by Sunday or Monday.

I wore Michael’s leather jacket and mens Zara drop crotch pants. I stopped a guy last year on Lexington street outside Bloomingdales and asked him where did he get them actually.  He happened to be British too – coincidence!

The scarf is big enough to double as a cape/poncho so I layered it over the jacket.  It sort of reminds me of wings around the edges.  You can get one here.