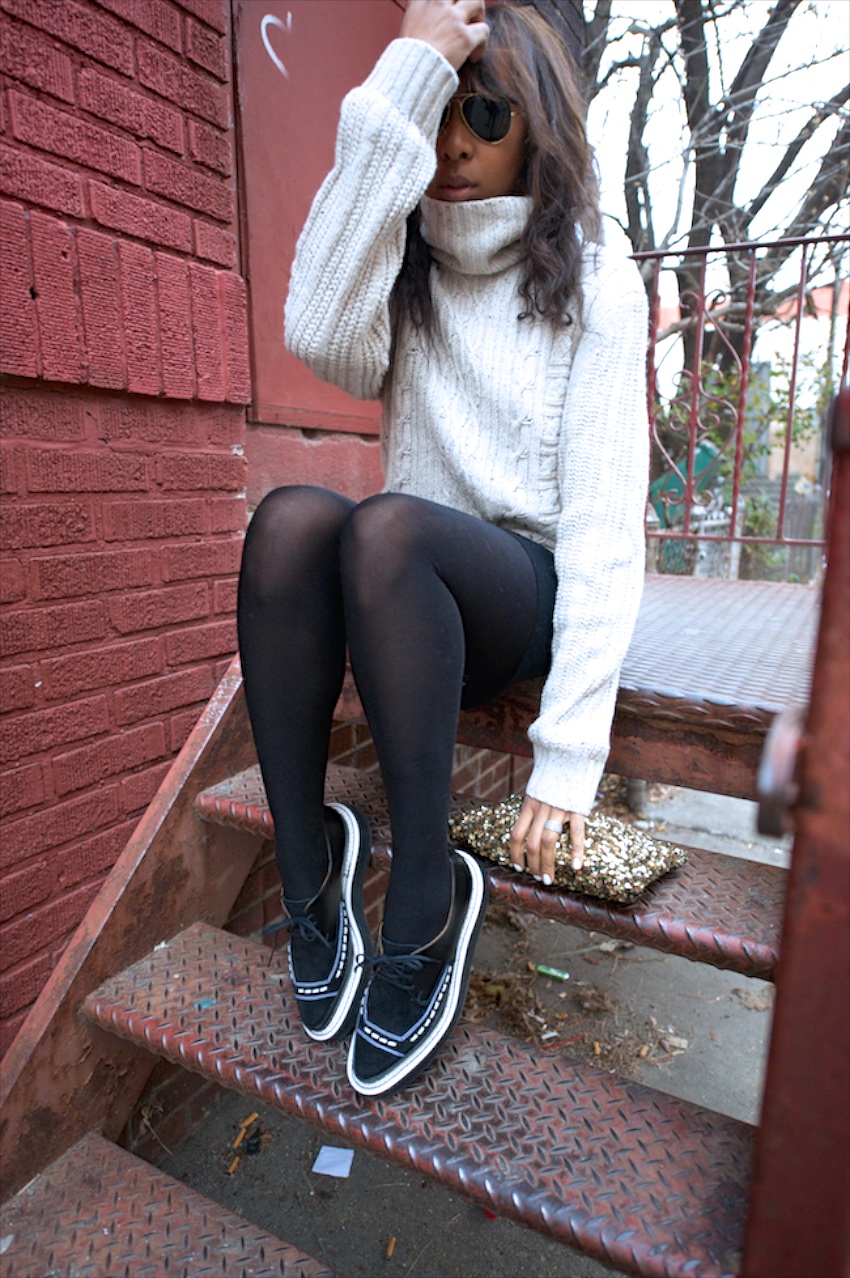 I had been thinking about cutting my hair for about two years before I did it….

I had chopped it short once when I was in London and it got so many compliments.    After about a year, I grew it out.   It took about five years to get it past my shoulders again but that was the ‘test’ that I knew that I could do it and that I could do it again if I wanted. 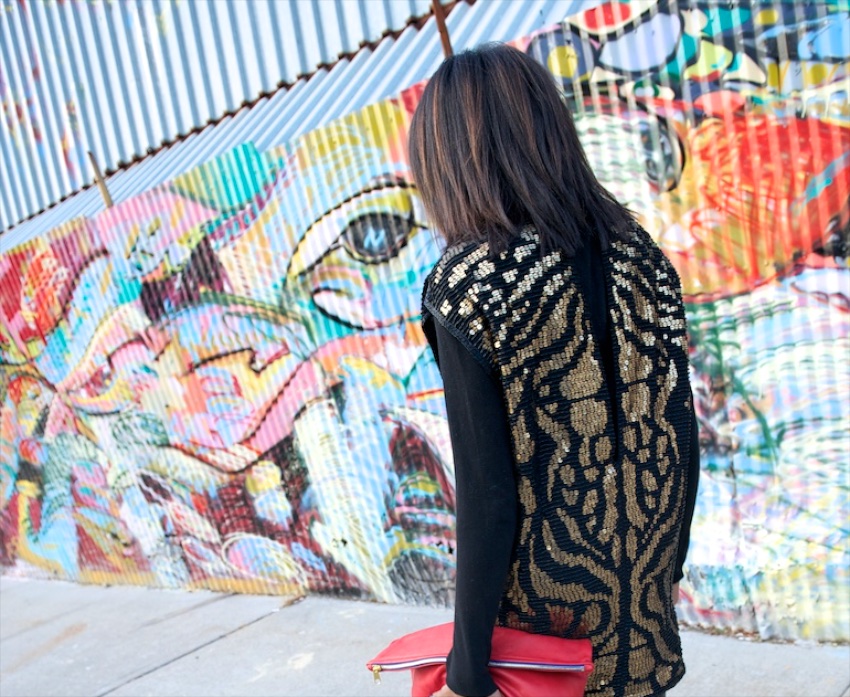 Rewind to about 2012 when I coloured my hair. That was a big mistake.  My hair is relaxed and adding another chemical on top was not smart. The texture of my hair changed no matter how much I conditioned it.  Plus I never liked how my hair hung on either side of my head like a curtain. I played with a fringe but it was never thick enough.  It was see through.  When I walked it would split in half going to each side of my face. It was never ever a true fringe and that bugged me (note how I fiddle with the front of my hair in photo 1?).  Adding layers helped a little but it still hung like a curtain.  Blog photos would be of me motionless facing the camera or strategically picked out shots that showed it looking its best.  In reality it wasn’t. 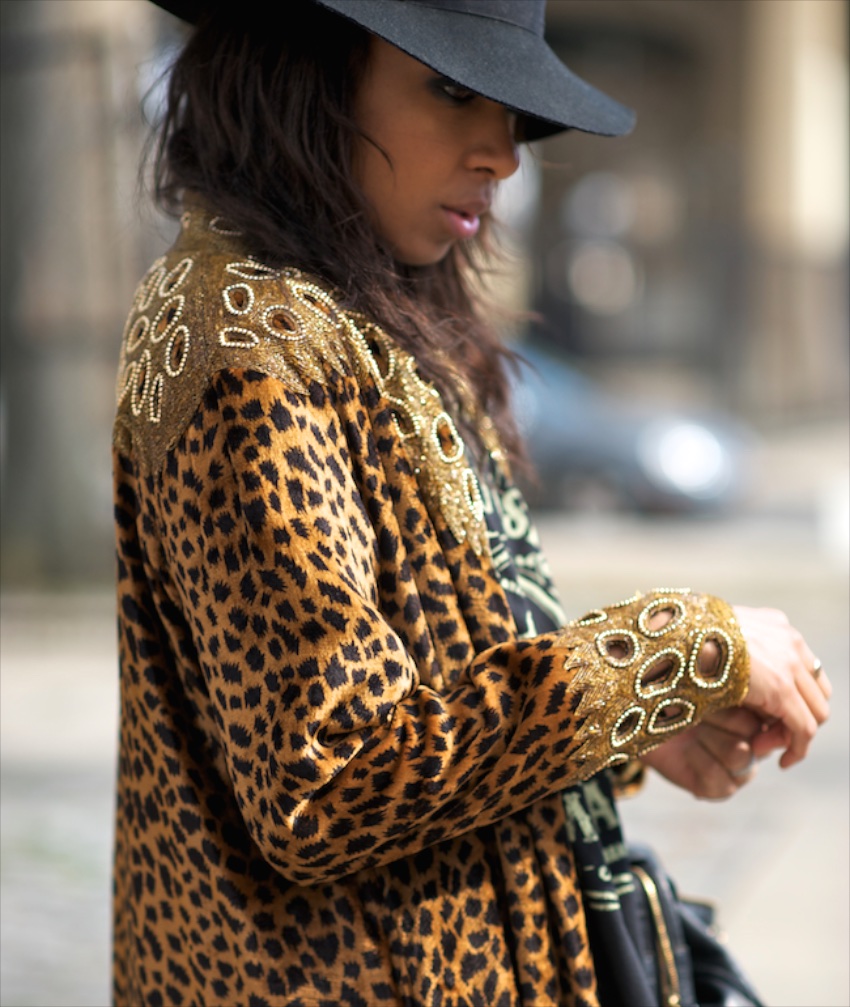 So I started wearing hats and lots of them.  Mostly fedoras because I liked how they looked with long hair.  Wearing fedoras went from being my signature to being my crutch.  I hid behind them.  Every morning I didn’t like the front and top of my hair  with that side or center parting, so the fedora’s covered that.  All the time.  It was a great look but it was my only look.  I was forever the boho girl even if I was growing out of that. I wanted more looks.   Around then I remembered how I felt with short hair.  It was liberating but still feminine.  Many women think short hair will make you lose your femininity but I didn’t feel like that.  To a black woman, long hair in our culture is seen as a sign of beauty,  so cutting it short is probably seen as  a huge loss.   “Wow that’s YOUR hair? It’s not a weave?”  I had been asked if I had tracks in when it was long.   “Oh you’ve got that ‘good hair’ that grows long.”   Most of you know what I’m talking about. Even my Mum can relate, telling me stories of how the boys in her class only went after the black girls with long hair.

More and more I was drawn to photos of pixie hair cuts.  Pictures of Binx Walton, Kate Lanphear and editorials of boyish short haired models were growing on my desktop.   I was fed up of hiding behind a fedora.  Every outfit post was with a hat and I started to resent it. 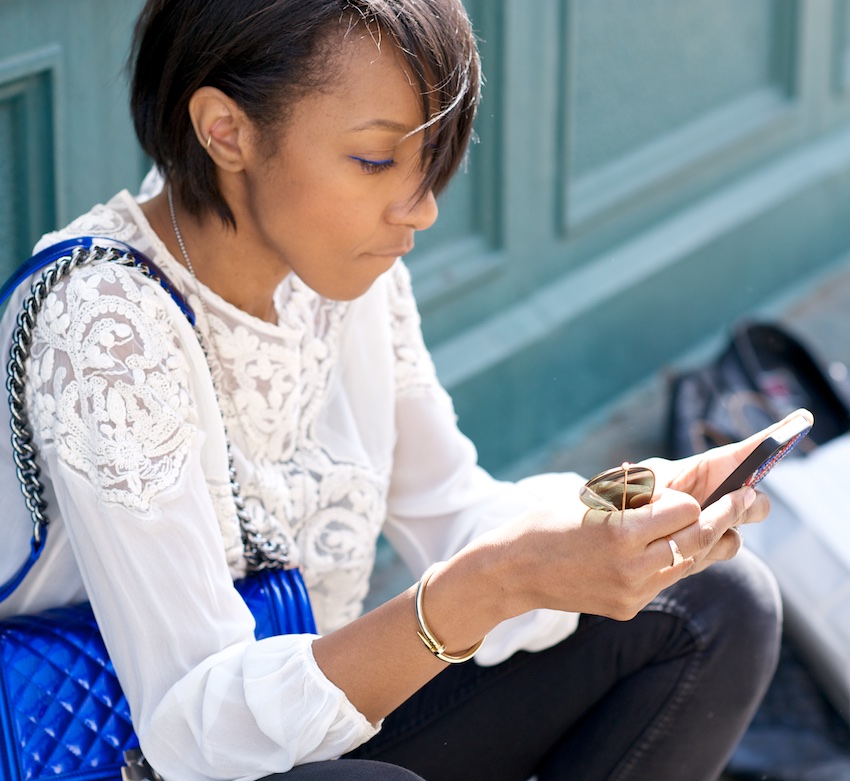 My first cut was longer than what you see above.  When I sat in the salon chair of a place in Manhattan, I showed them pixie cuts and instead they gave me a long bob.  I hated it. I wanted boyish and they gave me a TV newsreader.  I went back THREE TIMES that week requesting more and more off.  The above was that third cut which was still a bob. The ear tuck was my way of keeping the sides low.  When I looked at my long hair on the salon floor I didn’t miss it.  That was my test. Would I burst into tears?  I didn’t.  I wasn’t thinking: “oh sh** what have I done?” Instead I was thinking: “I want more off.”  That’s when I knew I was doing the right thing and had to find someone who ‘got me.’

You know how your style changes as you get older?  Mine was being drawn to three adjectives:  boyish, punk and edgy. 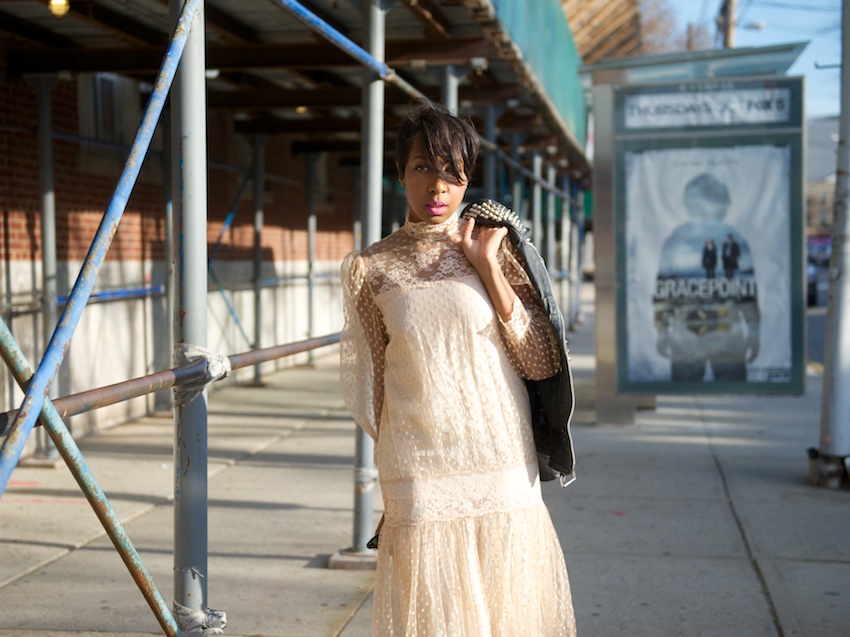 The above cut is from a salon I go to now in Brooklyn.  My cousin raved about this place. I repeated the same three adjectives to this stylist and so help me God if they don’t get it I’ll find someone who will (I didn’t say that last part but that’s what I was thinking).  He saw that the pseudo bob was not what I wanted:  “Honey if you’re gonna do this you’re gonna have to go all the way.”  Something clicked when he said that. He showed me his favourite short punkish hair style on his iPad.  I had Instagrammed that same exact photo months earlier.  I had found the right guy.

Do I miss my long hair? Sometimes I do but then I sit and remember why I did it: the styling issues, the texture change, the hat dependance, the see through fringe.  It wasn’t me anymore and it wasn’t boyish which is what I really wanted.   All these things gave me the courage to not flinch when seven plus inches fell to the floor. Yes I got slight heart palpitations but when something that you want is greater than what you have now, that is your strength to do it.

Whether you have long hair or short hair, if you can look in the mirror and think: “this is me” then ultimately that is all that really matters.