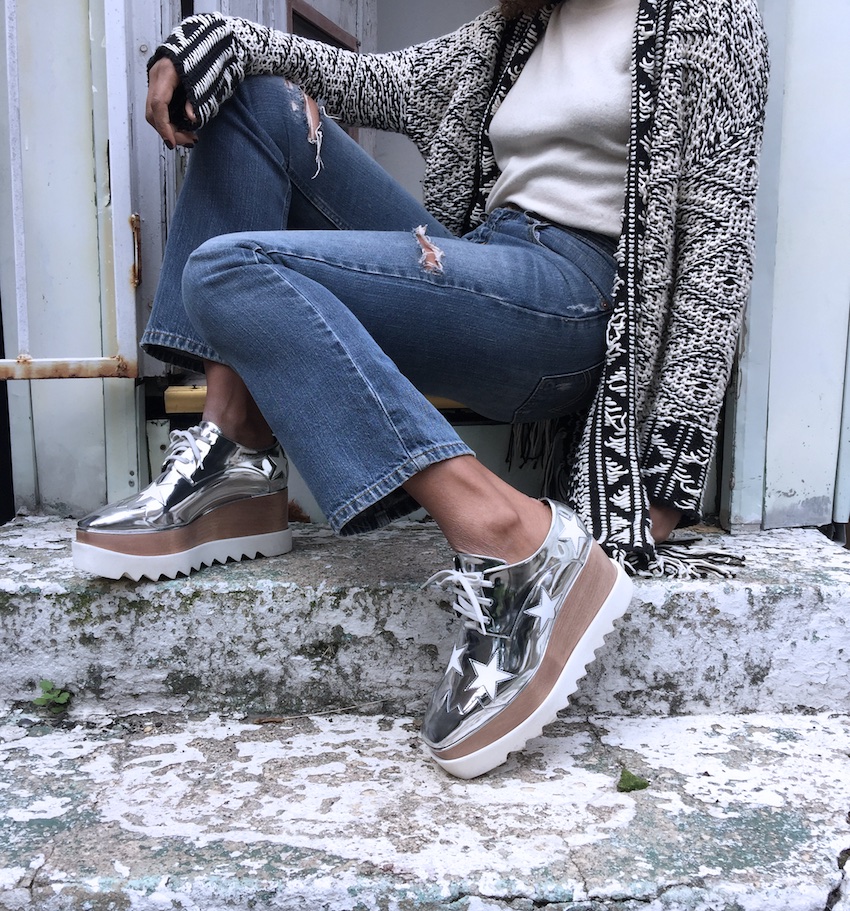 So I caved.  One year – no two years later and I was done:  the Stella Elyse platform oxfords had to be tried on.

I always avoided a try on because of my big feet: size UK 8 and US 10 sometimes 11 so wearing this particular pair of deliberately oversized shoe seemed plain stupid, my feet would look laughably gigantic.   Regardless, I walked into Bergdorf Goodman and tried on the above silver pair for the first time.  They come in a spectrum of colors and finishes but the silvers always had my heart.    Before standing up in the chair to look at them in the mirror, I knew I was sold.

Several texts with different friends later on which color, I added the silvers to my shopping cart on Selfridges’ website.  I know I told you before but it’s worth another mention (just like I waffle on about shopping in the men’s department):  European brands are more expensive in America, so I’ve got into the habit now of buying from overseas, like these Gucci shoes.  Here’s the example for the above pair:  the same Stella McCartney platforms from Barneys and the same pair on Selfridges.   See the difference?

I ordered them last week and three days later they were on my snapchat unboxing (karenbritchick).